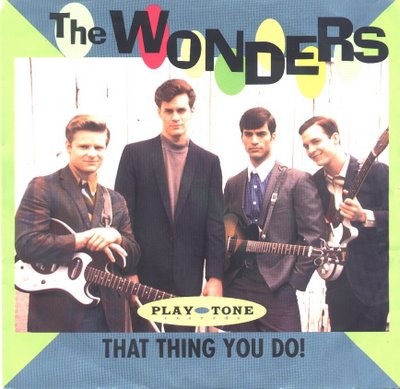 END_OF_DOCUMENT_TOKEN_TO_BE_REPLACED

I was doing some thinking about all the live albums I’ve ever listened to and I came to the conclusion that Taking Back Sunday’s Louder Now: Part 2 just may be the best live album ever (at least that I’ve seen and heard).

I’ve embedded a video above of “What’s It Feel Like To Be A Ghost?” which will give you a taste of what this CD/DVD has to offer. It is literally Adam Lazarra at his best. Perfect vocals, perfect stage presence — he tore it up. The entire band was rocking out really hard the entire show.

It’s also worth noting how well shot the concert was, the videographers did a fantastic job showing off the amount of energy at the show. Anyway, I don’t think my words can describe how awesome it is, so just watch the video above. I guarantee you will want to hear and watch more — it’s TBS at their finest.

Grab it on iTunes or if you are interested in the DVD too Amazon has you covered.

This is my favorite cover of blink-182’s “I Miss You” — it’s performed by Boyce Avenue and Cobus Potgieter (deedlebag on YouTube).

You can grab it on iTunes here.

Finally I can listen to a rap song. This is by far the best rap mashup by a band I’ve ever heard.

Okay blink fans. Here’s a common question many blink-fanatics argue about: which blink-182 album is the best? Tough to answer, right? In my opinion, the best blink-182 album is either Enema of the State (1999) or the self-titled album (2003). Let’s examine.

Enema of the State was the band’s first commercial success — it was also at that point the bands best-sounding (audio quality wise) up until that point. It really made the album so much better to listen to. Track wise, Enema is solid all the way through — fast paced, entertaining, and raw with some polish. From “Dumpweed” to “Anthem” you never feel the need to hit “next” on your iPod.

The self-titled album really propelled blink-182 to the height of their career before they broke up in 2005. It was filled with smash hits like “I Miss You” “Down” “Feeling This” and “Always” that rocketed to the top of the charts. However, I don’t think it’s as strong as Enema was track wise. For example, I could have gone without hearing The Cure-inspired “All of This.” And while I like “I’m Lost Without You” it definitely isn’t leaving you craving more like “Anthem” does.

I’ll throw this in because it’s new: what about Neighborhoods? Neighborhoods is great and includes several gems, but it isn’t their best overall album.

So what’s my pick? I’m going with Enema of the State as the best overall blink-182 album.